Brother Henry Here. I saw the whole thing! I was sitting on the cat tree in the front window when it happened! The Limbo Cat named Charlie from across the street almost caught a squirrel! I think it might have even been the squirrel that sometimes taunts me from the fence when I look out the window in the office. Anyway, it all started when I looked down at the walkway under the window and noticed Charlie hanging out there. I don’t think I knew I was watching him. 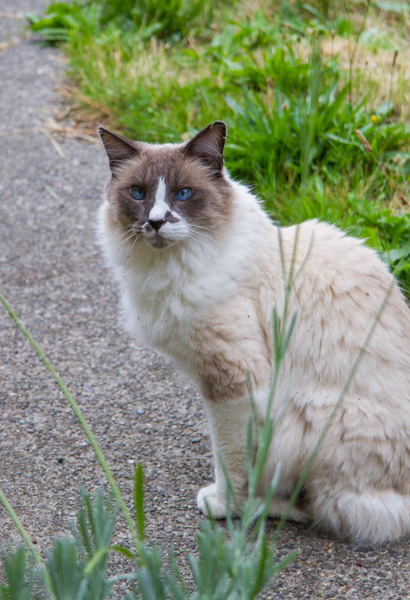 I noticed Charlie sitting on the walkway in front of the house. I don’t think he saw me.

As I watched Charlie his ears began to twitch. Suddenly, he turned his head and then got up and ran over to the large bush in our yard. 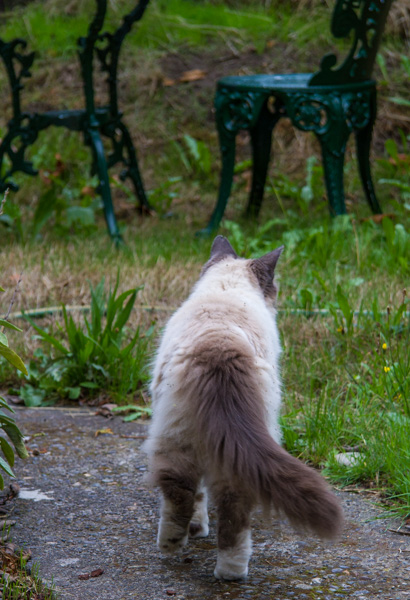 Charlie heard something. He ran over to the bush to investigate.

When Charlie arrived at the bush I saw what he had heard. A squirrel was rooting around in the dried leaves underneath the bush! Charlie began to tense and focus on the squirrel. I knew he was about to pounce and, I’m not going to lie to you, I envied him in that moment! 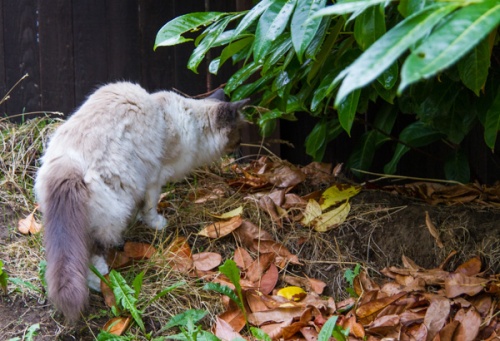 Charlie saw a squirrel under the bush! He tensed getting ready to pounce.

Just as Charlie started doing the booty waggle in preparation for the killing pounce, I heard the bigger Guardian say, “Charlie! Don’t do it!” Charlie did not react right away but the squirrel did. The squirrel scampered away leaving Charlie empty pawed. All Charlie could do was watch it go. 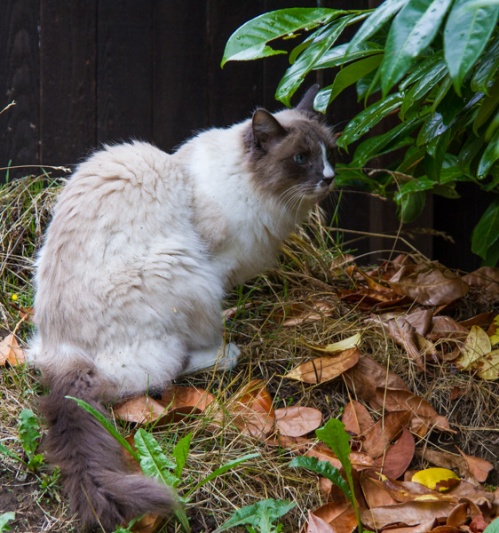 The Guardian told Charlie not to do it and that caused the squirrel to scamper off. Charlie watched it go.

Charlie was not happy with the Guardian at all. He turned and looked at him with an expression that I interpreted as “What the Fur?” 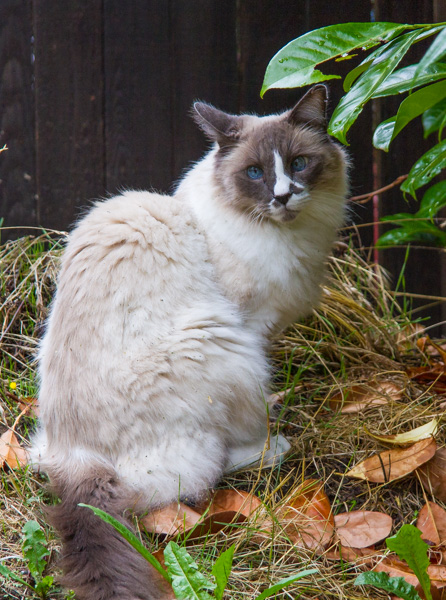 Charlie was not pleased with the Guardian.

The Guardian must have been able to tell that Charlie was unhappy with him because he said, “I know Charlie. It’s in your nature. You can’t help yourself. You know I love ya buddy. I just wish your people would keep both you and the local wildlife safe. Don’t worry though, I think I have something you’ll like better than that squirrel.” The Guardian then came inside for a moment and grabbed the big bag of catnip. When he went back outside Charlie saw it and immediately came running over to the front stairs. The Guardian sprinkled the catnip all over the porch and Charlie immediately helped himself. 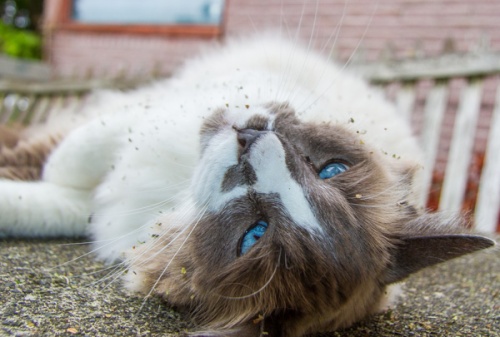 The catnip made Charlie forget about the squirrel.

Charlie seemed to get over his annoyance with the Guardian pretty quickly. Actually, I think he partook in so much catnip that he might have forgotten about his foiled attempt at squirrel slaying altogether. 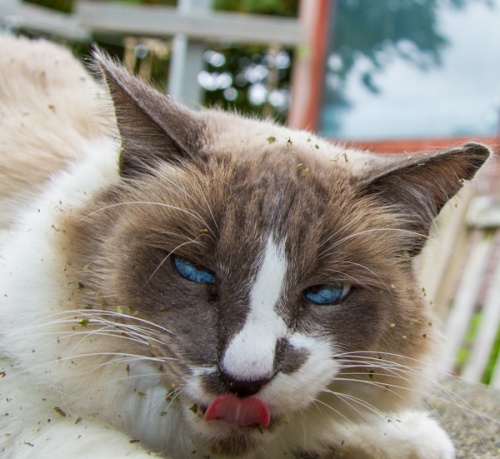 So it seems that Charlie was more than happy with his consolation prize. The Guardian was happy too because it kept Charlie away from the street and away from wildlife, at least for a little while. More importantly though, I was happy because when the Guardian came back inside because he gave me some catnip too! I figure it is my consolation prize for still having to put up with that pesky squirrel’s taunts.